World War I: Legacies of a Forgotten War is a 3-year Chautauqua series (2016-2018) presented by HN throughout the state of Nebraska. The Nebraska Chautauqua offers opportunities for audiences to come together to develop a fuller understanding of the lasting influences of the Great War. Among the impacts addressed as a part of Chautauqua are the following:

As part of the Chautauqua residency, five scholars will explore and discuss with local communities the lasting impacts of the Great War and how those events affect Americans today. Chautauqua scholars will portray historical figures who experienced many of the tremendous impacts the Great War, both at home and abroad. Each evening, President Woodrow Wilson will moderate one of four presentations of the following historical figures: author Edith Wharton, activist W.E.B. Du Bois, politician William Jennings Bryan, and social reformer Jane Addams.

In addition to the Chautauqua, there is a youth camp beginning June 6. The “Ride Into History Camp” gives youth entering fifth through ninth grades the opportunity to participate in their own Chautauqua as part of the Friday night performance.

The youth will choose the figure and do research on that person, with the help of Birney and local volunteers. The youth will then choose a story to tell about that person and learn how to tell the story. 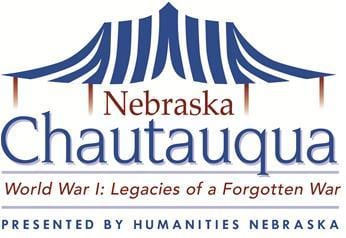 In 1866 the Union Pacific laid out the town of North Platte and the tracks arrived that fall. Here you will learn how the railroad grew and even get a chance to imagine the excitement of a train arriving as you enter the Brady Island Depot built in the 1880’s.

Throughout the year the museum offers events that give visitors a chance to experience history up close. Cowboy fast draw, bailing hay, Native American dancing, even anvil shooting provide a picture into our past.